You may not be aware of the brand name JEE-O, but I bet you know one product they have designed: the iconic original shower 01. I first saw it at the opening of the C-More Concept Store, which is owned by my good friend Iris. A while ago, she invited me to come over for another party, this time to celebrate the launch of the new Bloom bathroom range that Edward van Vliet has designed for JEE-O. One the one hand, it looks timeless and elegant – but on the other, it looks unlike anything you’ve ever seen in a bathroom. I was lucky enough to spend some time talking with both Lammert Moerman, the company’s charismatic founder, and with Edward himself. Here’s what they had to say!

Edward, the shape of the Bloom Series is very distinctive. At least, I’ve never seen anything like it. How did you come up with the concept?

JEE-O is known for its industrial style. I wanted to use that style, but also add something a bit more poetical. I started thinking of the Industrial Revolution and Edwardian times.

Highly appropriate, given your first name!

My thoughts exactly. In any case, I preferred designing something that was a bit more poetic and elegant than what Lammert was probably used to. Another part of the concept revolved around facets. If object has an endless number of facets, it becomes round. I find that fascinating. In my work, I look for a link with mathematical solutions. There’s so much mathematics in nature, when you think of it.

Lammert, weren’t you apprehensive when you heard what Edward wanted to do?

I have to admit it’s a bit of a departure. After all, a lot of people know us for our minimalist design. One of the first drawings Edward showed me, was of a handle that I thought was very nice but a bit too frivolous and flowery for my taste. And so, I asked him to bring the design a bit more towards our brand.

Did you mind telling Edward what it was you wanted?

No, not at all. I’ve seen so many instances where a designer insists his design is made exactly how he first had it in mind and then it doesn’t sell. And isn’t that what it’s all about in the end? Edward gave it some thought and enhanced his concept by adding the facets. We’re both very happy with the result. When we first showed a prototype at Masterly in Milan in 2018, the trend forecasters told us we’re doing this at the right time. In fact, here at the C-MORE Concept Store, we’ve recreated part the ceiling of the Milanese palazzo that Masterly was held at.

Edward, the color of the Bloom series is very specific. How did you choose it?

I wanted to stay true to the material and keep things as neutral as possible. I realize copper and brass have been really popular these past few years, but they’re on the way out. Black, however, never goes out of style. White would have been nice, but you can’t do that with stainless steel. You can only go darker. That’s why I decided on gun metal, a color that is in the material through and through instead of just a thin layer of coating. Once I had the concept and the color, I designed all the different products that make up the Bloom range.  There’s an outdoor shower that resembles a hanging sunflower, but there are also mirrors, basins, and of course a beautiful bathtub. Together, all these products tell the story of Bloom.

Lammert, you must be one very happy man!

Definitely! In the end, we want to energize people – not only by seeing beautiful design, but also by using it and then start the day fresh and full of energy. That is what we strive for at JEE-O – not just at home but also at boutique hotels around the world. Of course, Edward designs hotels as well, so there’s a great synergy between our companies. We’ve also become very close friends. What more could you want?

Suite 702: In bed with Shirley and Olaf

I got your back in the sack (together with Bedsupply.eu) 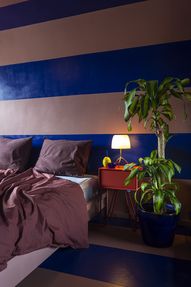 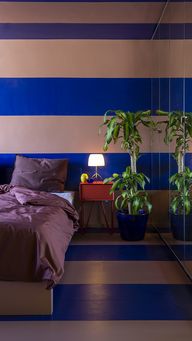 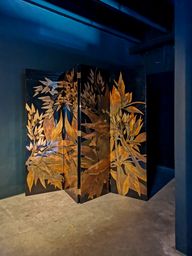 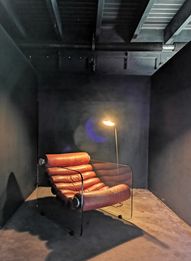 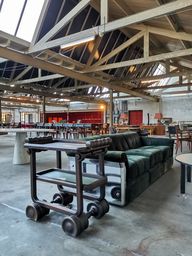