Google+
You are here: Home / Art / Ditty Ketting has earned her stripes

Ditty Ketting has earned her stripes

What’s it all about? That is the question I often ask myself when I walk past the two painting I’m borrowing at the moment from Kunstuitleen Rotterdam. In this edition of Work Art | Play Art, I decide to go find the answer. Let’s go to the studio of artist Ditty Ketting in – of all places – Pernis!

Vertical stripes. And recently also horizontal ones. No matter what direction, Ditty Ketting has been painting refined color combinations that she has been inventing and reinventing herself for years now. What will I ask this extraordinary artist? I ask myself on an early Saturday morning as I look out the window of the metro train that is taking me through the container ports of Rotterdam to the town of Pernis. Perhaps I can break the ice by starting with a compliment?

Your work is so focused, I really admire that about you!

Thank you! I had some Willem de Kooning students over a while ago and they also thought it was very special for to see a monomaniac artist doing her own thing in her own studio. As an artist, I think it’s important to discover what you’re good at and hold on to what you like doing best.

How did you’re particular way of working come about?

When I was at art school, I met a group of senior students who works in an abstract manner. They didn’t paint abstracted objects from reality but rather simple colored spaces and lines. And I thought – that’s what I want as well! Originally I only used the three primary colors and combined them with black and white. But then I read Interaction of Color, the famous color theory book by Josef Albers. He wrote that if you arrange colors vertically, you end up without an image. With vertical stripes nothing distracts from the colors. I’ve spent years working with that theory. And around the year 2000 this resulted in a series of what I call ‘little rainbow canvases’ of which you have two.

Yes, you’re ‘little rainbow canvases’ are in my hallway. However, I turned them 90 degrees so that the stripes run horizontally. They’re the first two things you see when you enter my apartment. They always make me really happy.

They’re meant to keep you fascinated. I don’t necessarily have a message with my work. Rather, I want to convey a But I do want to convey an aesthetic experience and demonstrate that it’s possible to suggest space and depth on a flat surface using specific color combinations. To accomplish that goal, I introduced horizontal stripes to my work a couple of years ago. I noticed that a horizontal line, for example in shades of grey, influenced the colors in the vertical lines. This opened up a lot of new possibilities. Discoveries like these provide me with themes I expand on for periods of about five years.

Didn’t it bother you that I hung your paintings the wrong way and the lines no longer run vertically?

Not al all! I didn’t make the paintings the way you have hung them. But if you figure I started working with horizontal lines later on, it somehow makes sense again. You understood where I was headed!

Does the zeitgeist have an influence on your work?

I wonder about that myself sometimes. Perhaps it’s the place where I live. So much has changed in and around Pernis with all the new ports and the A15 highway. The village I grew up in is now part of a dynamic environment. It wouldn’t surprise me if the colors of all those stacks of containers subconsciously influence my work.

Previous: How We Work at the Stedelijk Museum Den Bosch
Next: I get so ‘emocional’ every time I look at Alberto Lazaro 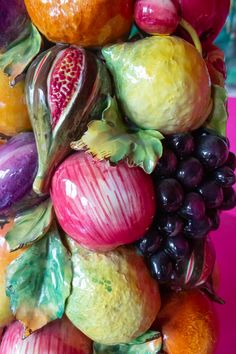 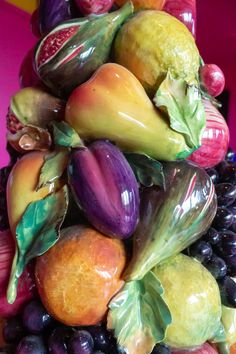 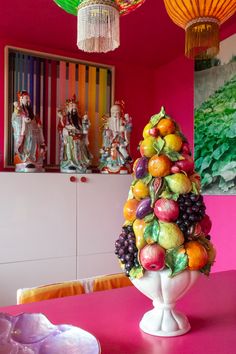 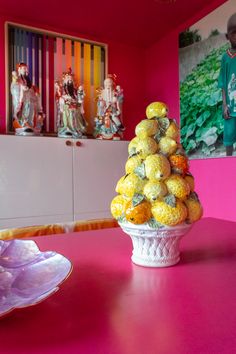 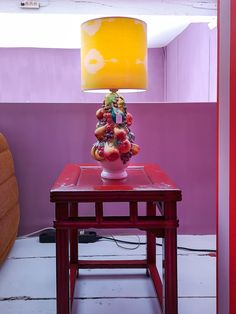